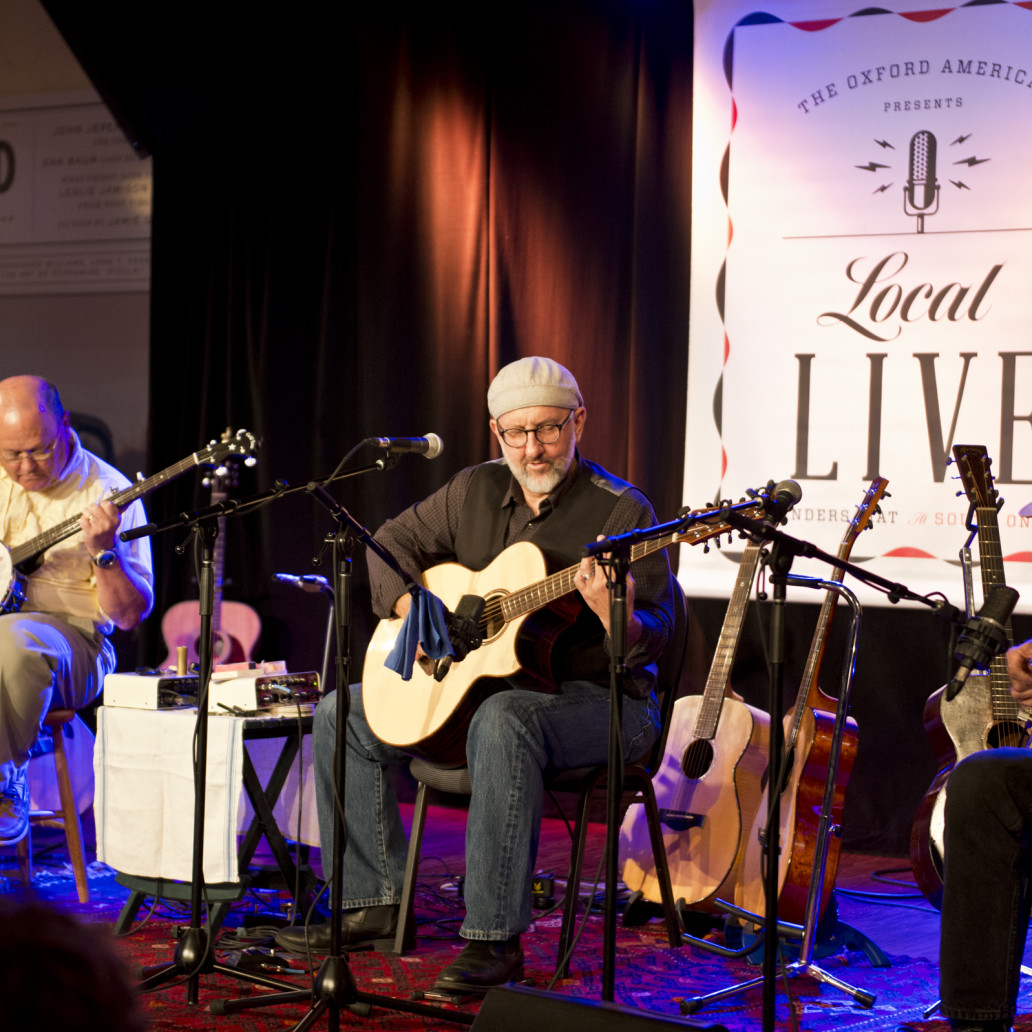 Finger Food is a feast not only for guitar lovers, but also for anyone with a passion for acoustic music. The guitarists perform “in the round” and trade songs and stories about their compositions and their approach to the guitar in a casual concert setting. The music focuses on contemporary instrumental American Fingerstyle Guitar with folk, jazz, Celtic, classical and blues influences.

Danny Dozier is a legendary guitarist in the state of Arkansas. Danny’s solo performances showcase his wide range of guitar styles and his superb choice of material. He has performed at the Ozark Folk Center in many configurations over the years, fronts the Danny Dozier Band at gigs around the state and the country and is the two-time winner of the Merle Travis Fingerstyle Guitar Championship at the Ozark Folk Center. Danny has just released a CD with fiddler extraordinaire and producer Tim Crouch.

Steve Davison is a Little Rock guitarist who performs on the 6 and 12 string guitar. He tours the country with artists such as Ken Bonfield and Peter Janson. They have performed at acoustic venues around the country and shared the stage artist such as Larry Coryell, Muriel Anderson, Peter Janson, Tim Farrell, Dakota Dave Hull, Ken Bonfield, Doug Young, Teja Gerken, Tim Sparks and other guitarists.. Steve was also the winner of the 2005 Arkansas Acoustic Music Festival in the solo category and has been a featured artist on AETN Presents. Steve has performed at the Montreal Guitar Festival, the Healdsburg Guitar Festival in California and the Memphis Guitar Festical in Tennessee. In 2015 Steve won the Ozark Folk Center, Merle Travis Fingerstyle Guitar competition in the contemporary section. Steve was chosen Guitarist of the Year for 2019 by the Arkansas Country Music Associatio. More information about Steve is available at www.stevedavison.com

Micky Rigby is an exceptional guitarist from Little Rock who has performed at multiple acoustic venues across the state. Micky was a runner up at the Merle Travis Fingerstyle Guitar Championship at the Ozark Folk Center and was a familiar face at Acoustic Sounds Café in the past in Little Rock. Micky has an extensive repertoire and is an accomplished player of the guitar and the banjo.