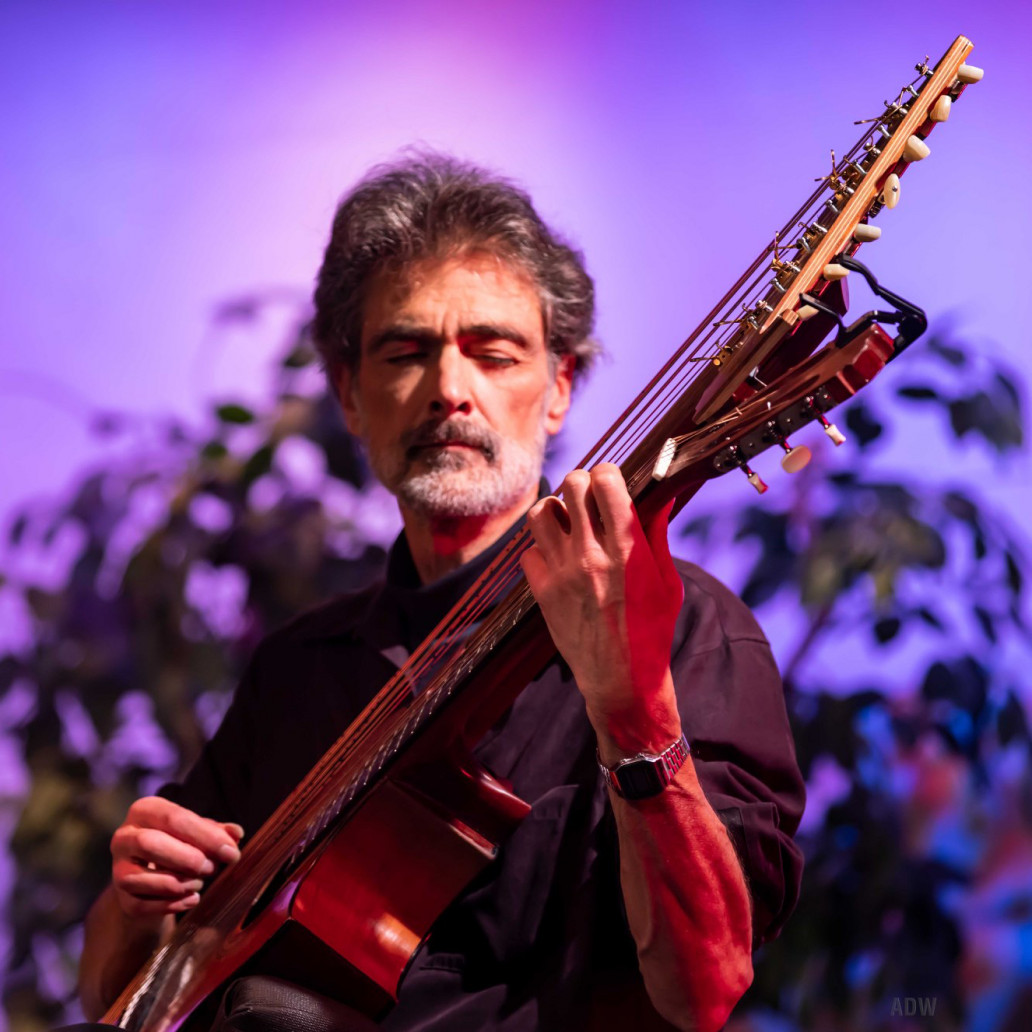 Kinloch Nelson has been playing guitar since 1956, seriously since ’68 and professionally since ’73. Over a decades-long career he has played folk, classical, ragtime, American primitive, new-age, R & B, surf, rock, oldies pop, country, and jazz music in bands, ensembles, and as a solo performer/composer/arranger.  Nelson has contributed transcriptions and instruction videos to Acoustic Guitar Magazine, performed for NPR radio and TV, and released CDs/&vinyl on Tompkins Square, Heartland, Sampler and BKNjr Records. His recent CD/vinyl recording, “Partly On Time” on Tompkins Square Records garnered positive reviews from Rolling Stone, Fretboard Journal, Mojo Magazine, Underscore Music Magazine and others, and was featured in Acoustic Guitar Magazine.  Nelson studied classical guitar with British guitarist/composer Stanley Watson, jazz guitar with Gene Bertoncini at Eastman music School, and theory at The University of Rochester, (NY). Teaching credits include 25 years at Rochester NY’s Hochstein Music School, four years at Maryland Summer Center for the Arts teaching Music As A Creative Language, and numerous workshops at guitar and folk festivals in the US and Canada since 2004.

“A gifted performer and brilliant arranger who can do wonders with virtually any song.”  ~ Dave Walker – Just Jazz Magazine

“In a genre where players often seem to rush to mysticism, Nelson plays as if he has all the time in the world to leave his mark.  ~ David Fricke ~ Rolling Stone

“A musician with incredible depth and breadth. Kinloch Nelson plays with the virtuosity of a classical master and the sensibility of a pop performer.”

“Kinloch Nelson’s guitar playing is an infuriating lullaby: it can soothe with its complex yet subtle dexterity while mystifying those of us in the six-string set who wish we could play half as well.  Watching Nelson play guitar is essentially witnessing the deconstruction of the instrument.  Listening is a journey through American roots: jazz, country, blues, classical, folk and whatever it is that ties them all together. Nelson’s knowledge of the guitar and the dexterity with which he explores its intricacies is simply amazing. I swear the guy’s got more than ten fingers. “      ~ Frank De Blaise ~