Jazz at The Joint: Chico Pinheiro 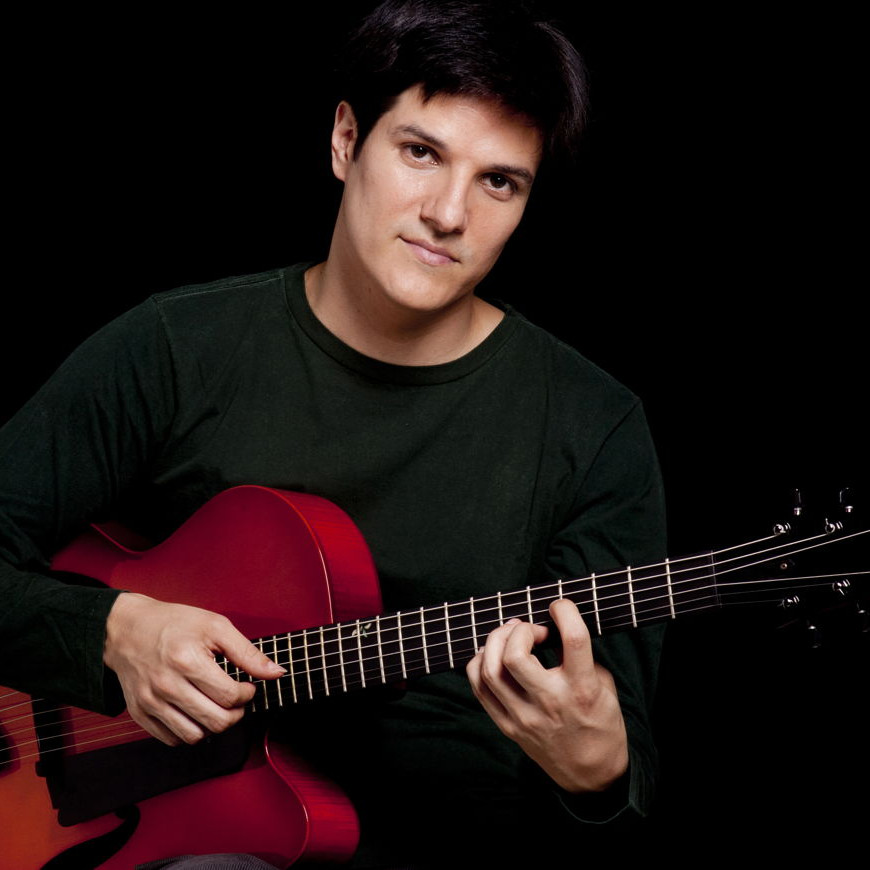 An exceptional guitarist with a beautiful sound and great fluidity, a unique composer that blends Brazilian Music, Classical Music, and Jazz, Chico’s been nominated twice for the American Grammy Awards (in 2019 & 2020).

Born and raised in São Paulo, Brazil, he started playing the guitar when he was 6. At 14, he started working as a studio session guitarist and soon began to be called to collaborate with a wide range of artists in his hometown, then in Brazil, then abroad. In 2002 Chico put together a band of his own and started recording as a leader. His first album, ‘Meia Noite Meio Dia’ (Sony Music/ 2003), was released in 2003 with great reviews at all the most important newspapers and music magazines in Brazil and abroad and was included in the ‘Top 10 Brazilian albums of the year’ in the major newspapers of Brazil: ‘O Estado de São Paulo,’ ‘A Folha de São Paulo’ and ‘O Globo.’ This well-received debut included special guest vocalists Lenine, Ed Motta, Chico César, and Maria Rita.

The third album, NOVA, was released in Dec/ 2007 in collaboration with the American guitarist and composer Anthony Wilson. It was, again, celebrated by critics and the audience.

His fourth album, There’s a Storm Inside (CT Music Japan/ Sunnyside Records, NY, 2010), was released in 35 countries. It included guests such as Dianne Reeves and Bob Mintzer. It was featured on the downbeat, Revista Veja, O Estado de São Paulo, Folha de São Paulo, Jornal O GLOBO, and Revista Rolling Stone among the ‘best albums of the year.’ This record also won prizes as Best Brazilian Jazz Álbum of the year and Best Latin Jazz Composition of 2010 with ‘Mamulengo’ in the Latin Jazz Corner Association, USA. Chico also won as Best Latin Jazz Guitarist in the same association.

In 2012 he released the CD’ TRIZ’ in partnership with the pianist and composer André Mehmari and singer and composer Sergio Santos.

In 2017 Chico released “Varanda,” a unique collaboration project which all major papers and magazines in Brazil and abroad included as ‘best of the year’ again. His composition “Varanda” is performed by Vince Mendoza and the WDR Big Band on the Project “Focus on Brazil”, along with Milton Nascimento, Edu Lobo, Gilberto Gil, Antonio Carlos Jobim and Villa Lobos.

“‎If you enjoy adventurous, creative and contemporary Brazilian music, Chico Pinheiro is the man taking it to the next level.”
– WDNA, Miami , USA

“‎An astonishing guitarist whose technical skill and emotive feel for the instrument is above par for anything guitar-related I’ve experienced of late.”
– Global Village, Savannah, GA, USA 2018

“‎Chico Pinheiro is a prodigy of guitar”
– Downbeat Magazine, USA, 2017