Jazz at The Joint: Paul Carr 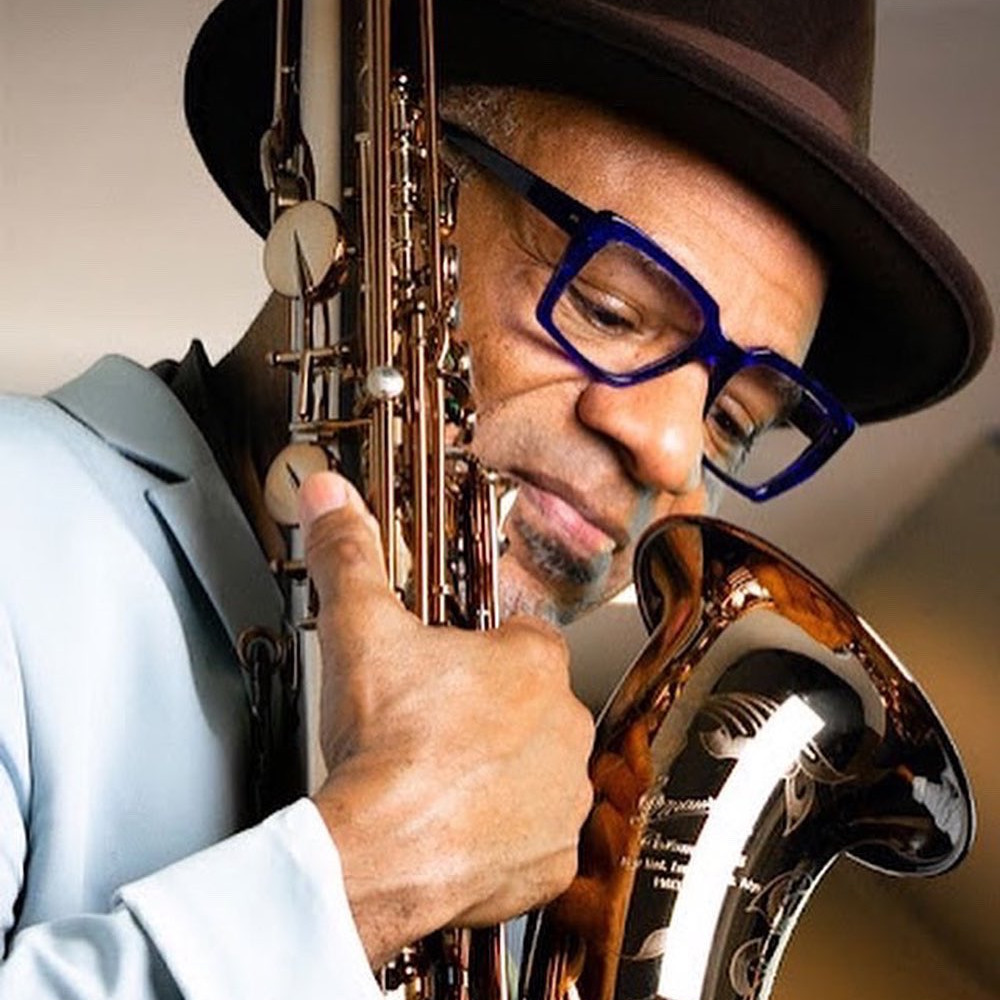 Paul Carr, a Houston native and 1985 Howard University graduate, has dedicated his professional career to performing and promoting Jazz through education and community outreach. He carries on the Texas tenor tradition espoused by great heroes such as the late Houstonians Arnett Cobb and Don Wilkerson who served as his early idols and mentors. He grew up in inner-city Houston, Texas and was a member of the Kashmere High School Stage Band, whose director, the late Conrad Johnson, is the subject of a documentary, Thunder Soul, produced by actor, Jamie Foxx. Though never having had private music lessons, Paul has received several outstanding musician awards at high school and college jazz festivals.

Paul has recorded 8 CD’s, which have been well received by critics and jazz fans alike. His new CD “The Real Jazz Whisperer” features Allyn Johnson, Michael Bowie, Lewis Nash and will be released September, 2020. His CD “DC-NYC Organ Sessions” reached #9 on the Jazz Week radio play charts. His CD released in 2013, “Standard Domain,” reached #3 on the Jazz Week radio play chart and stayed on the chart for 16 weeks. Paul has toured Russia, Europe, the Middle East, the Caribbean and Central and South America and has shared the stage with many of the greatest names in jazz. Paul was a favorite of President Clinton during his term in office and Paul performed at many of the Clinton’s private events. He also did a special performance for the late King Hussein and Queen Noir of Jordan at their residence in Aqaba, Jordan.

Paul is passionately committed to the education of children and young adults, particularly as it relates to the preservation of jazz. In 2002, he founded the Jazz Academy of Music, which hosts summer camps and jazz ensembles for kids throughout the year. Paul also serves the Director of the Gettysburg College Jazz Ensemble. Paul has changed the lives of hundreds of his students by selflessly sharing his knowledge of music and life. Several of his students have been admitted and even received full scholarships to some of the top music schools and conservatories in the country. In fact, five of Paul students have been admitted to the prestigious Julliard School of Music in New York. Many of his former students are touring and performing all over the world, sharing the stage with some of the top names in jazz music today. Paul’s work was acknowledged in 2012 by ABC Channel 7 News when he was selected as a “Harris Hero” for his amazing work with music students across the area. In March 2014, Paul received the prestigious, Howard University, “Benny Golson Jazz Master Award”, for his outstanding work as a performer, presenter and educator. He also served as a panelist at the 2014 Congressional Black Caucus where he spoke on the importance of jazz education and advocated for a Bill that was circulating in Congress that to offer federal support toward the advancement and preservation of traditional Jazz. In March, 2015 Paul received the County Executive’s “Education Award” for Montgomery County Maryland. Finally, in 2019, Paul was selected as a “Jazz Hero” by the Jazz Journalist Association.

In 2010, Paul re-established the East Coast Jazz Festival as the Mid-Atlantic Jazz Festival, and serves as its Executive and Artistic Director. The festival enjoys over 3,000 attendees that travel from states across the U.S. and beyond. Held every Presidents Day weekend in Rockville, MD, the festival incorporates a strong educational component, with a high school band competition and free master classes for students as well as an entertainment component with performances by NEA Jazz Masters, such as Benny Golson, Jimmy Heath, Ellis Marsalis, Roy Haynes and Branford Marsalis, just to name of few.

In 2015, Paul presented his teaching technique for improvisation, “The Theoryless Approach to Jazz Improvisation”, at the JEN Conference in San Diego, to a standing room only audience. The presentation was well received by the audience with many questions and request for a copy of the presentation. Paul also present the techniques at the 2015 Mid-Atlantic Jazz Festival to the high school band directors in attendance.

When you think of an ambassador for jazz music today, you have got to include Paul Carr in that grouping, as his work touches all fronts including jazz education, performance and presentation.