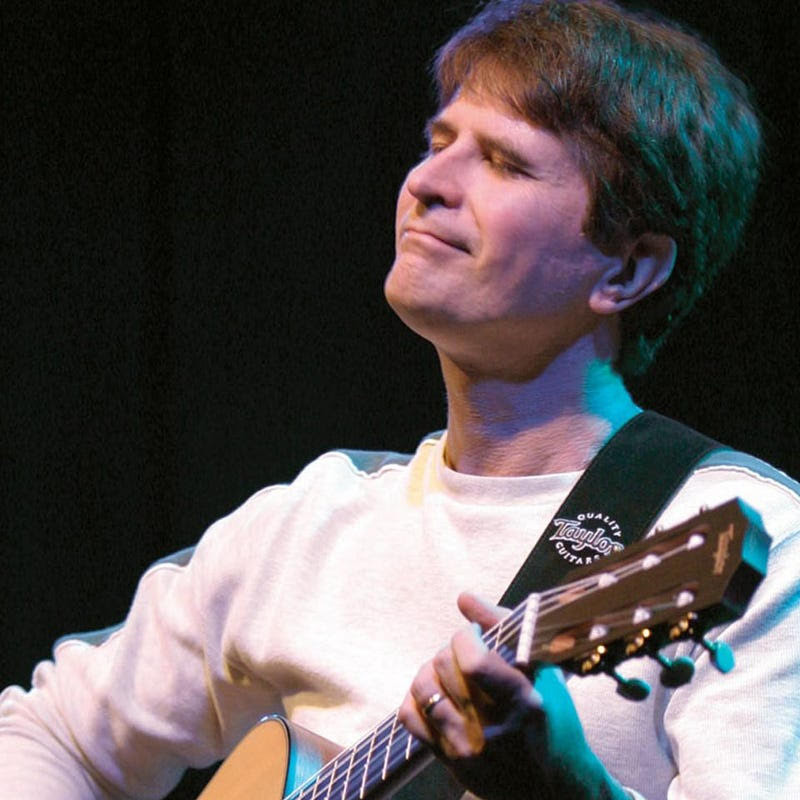 Pat Kirtley grew up in a musical Kentucky family. As a child he was exposed to the musical influences of his mother’s family – listening to country and bluegrass – and his father’s family who were more attracted to pop and classical music.[1]

Kirtley’s first exposure to guitar, at age 5, was hearing guitarist and composer Spider Rich (writer of many tunes for Chet Atkins, including Yakety Axe) in a small recording studio where Kirtley’s father worked as a part-time assistant. Rich was playing fingerstyle in the style of Chet Atkins, and Kirtley says from that moment, he wanted to learn guitar. He began learning at age 8, taught by two uncles who were influenced by Chet Atkins and Merle Travis, as well as pop and country music of the day.

In his teenage years he was also drawn to recording and its technology. By age 13, he had acquired a tape recorder and had become interested in electronics, not just using the equipment, but teaching himself how to build and modify it. He soon began experimenting with tone modification and looping techniques on his recorder and took his early steps in recording with some of his first, never to be published compositions as a 14-year-old.[[2],[3]

In the early seventies, after having played in groups including pop, rock, jazz, and a nine-piece R&B show band, Kirtley moved away from electric guitar and began focusing on the acoustic, playing both steel-string and nylon-string guitars. During this time he began to develop his unique playing style, using alternate tunings, and writing original material. In 1974-75 Kirtley recorded his first album, with eastern Kentucky guitarist Wendell Cornett. Though the album was never released, it established the characteristics of Kirtley’s acoustic style, introducing tunes like “B-Rod’s Rag” and “Old Joe Clark” which were re-recorded 20 years later for his first CD Kentucky Guitar.

While always an ardent guitar player, Kirtley began his professional career on the other side of the microphone, working as a studio engineer and producer for twelve years beginning in the mid-70’s.[3] He continued playing and creating his compositions, but never published them or pursued working professionally as a guitarist until around 1989, when he began touring as a solo act.[1] In 1992 he entered the fingerstyle competition at the Walnut Valley Festival in Winfield, Kansas – without notable success. He didn’t give up, and won the 1994 National Thumbpicking Contest in Mountain View, Arkansas. That same year, he released his first CD Kentucky Guitar, which earned very positive reviews.[citation needed] The next year, 1995, he went to Winfield for the third time and became the National Fingerstyle Guitar Champion in the Walnut Valley Festival competition.[4]

In 1996, Kirtley was chosen to participate in a project for Narada Records, a CD titled Guitar Fingerstyle, featuring a collection of tracks from leading contemporary acoustic guitar artists. The release was a success for the label, selling nearly a quarter-million copies worldwide.[citation needed] 1997 and 1998 saw Kirtley releasing two more CDs, Irish Guitar and Rural Life. Both contain his own solo guitar compositions, and arrangements of pop and traditional tunes. He then appeared on other artist’s CDs as accompanying guitarist and also began developing pieces for a group/duo context, leading up to his CD “Just Listen” (2000), which featured collaborations with Tommy Emmanuel, jazz guitarist Craig Wagner, and acoustic super-group Nickel Creek. The group sound context was further developed on Kirtley’s Brazilian Guitar, released in 2002. This CD focuses on Brazilian Samba and Bossa Nova styles and was recorded with an ensemble setting. Here Kirtley’s sound comes from the nylon-string guitar instead of his usual steel-string.

Through this period, Kirtley also released a number of video projects, including three instructional titles for Stefan Grossman‘s Guitar Workshop, as well as producing a number of videos on other artists. In 1999 he released the video Nine Pound Hammer: Guitar Styles of Western Kentucky, produced on-location in Muhlenberg County, Kentucky, introducing several significant guitarists in this genre to new audiences. Kirtley also participated in four more CD projects for Narada Records, two CD collections on Rounder Records, and has released two books of transcriptions of his music for Mel Bay Publications.

Currently[when?] Kirtley tours in the USA and internationally, for concerts, guitar workshops and music camps, producing videos and keeping several recording projects running.[citation needed] He co-authored a book about home recording and writes articles for guitar magazines about guitar technique, recording and other related topics, in magazines such as Electronic Musician, Acoustic Guitar, Onstage, Home Recording, and Wood & Steel, as well as in the German magazine Akustik Gitarre.[5],[6]

From 1996 to 2009, he represented Taylor Guitars in workshops and guitar clinics at dealers throughout the US and internationally. In 2006, Kirtley was honored as the newest inductee to the National Thumbpicker’s Hall of Fame.